The spirit of Guelph may well linger in the spirits themselves, and with a colourful past, our city has some legendary ghosts in unique settings. Our ghost stories go back to a time of dark justice and tragic events, but that just makes us interesting. Believe or not, these spooky encounters with the deceased make sure Guelph never forgets its past by helping to keep our history alive. It seems these paranormal characters share our love for the city enough to want to hover around and never leave. We understand. Spooky or not, it’s a Guelph thing. 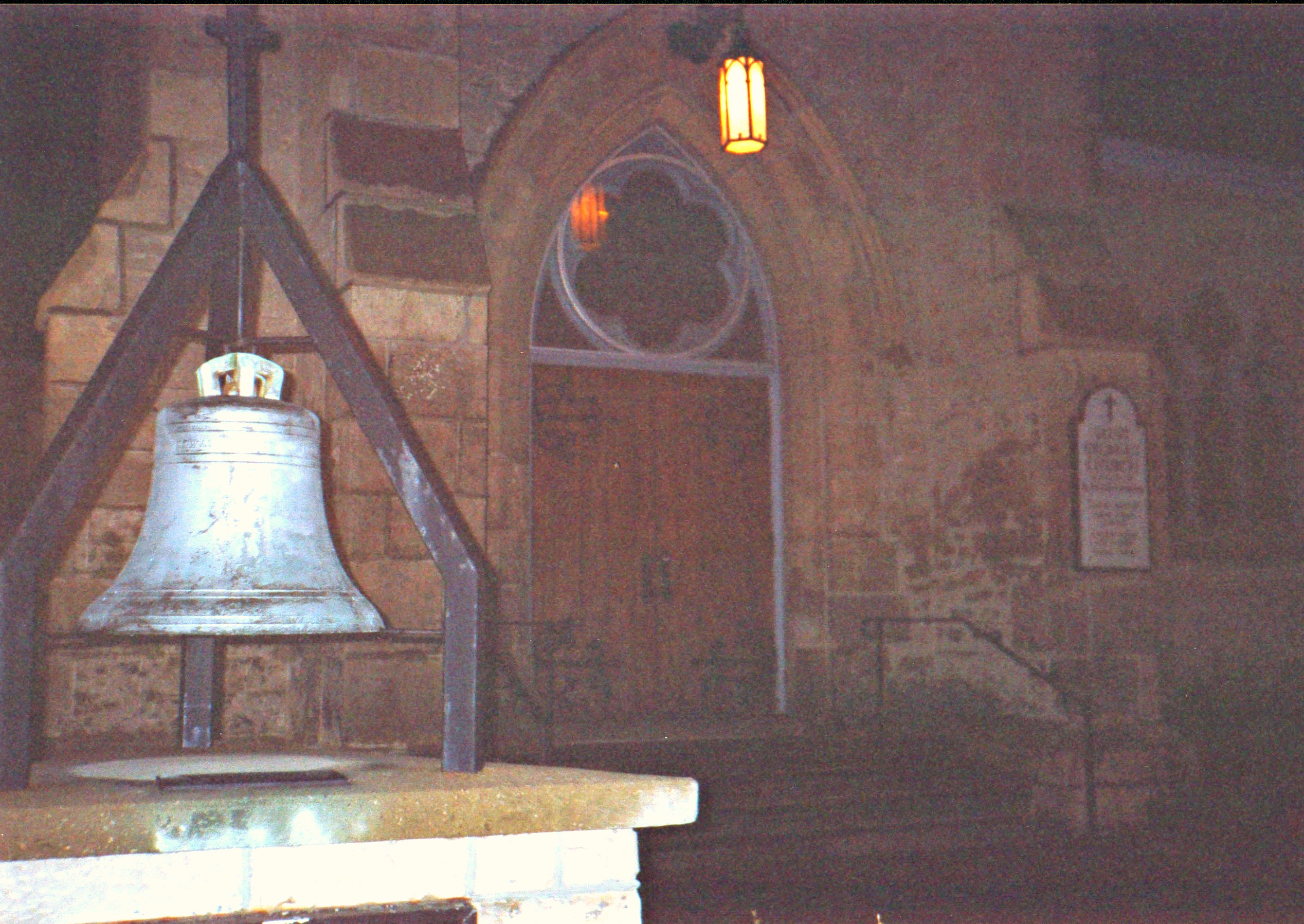 The Baker Street Parking Lot was the original communal burial site, back in the day when mass graves were common for those who could not afford, or were not welcomed, in consecrated burial grounds. Hundreds of bodies found a resting place beneath the area we now park our cars downtown. Though most of the bodies of the deceased were relocated to a proper cemetery in later years, some locals say they have seen the presence of a female in a long dress. This ghost is reputedly intent on walking people to their cars. Be advised, she often reaches the car before the owner does, and then disappears. Don’t worry, she’s never asked for a ride.

The Wellington County Court House is Guelph’s oldest public building. It remains a beautiful blend of the past and present architecturally speaking, but it’s the past that gives the structure such character. When the District of Wellington was formed in 1837, Guelph built a courthouse and jail. In the days of public executions, prisoners sentenced to death were hanged from the gallows here. People came from beyond the city, beyond Wellington County even, to see justice served.

One of Guelph’s most notorious court cases ended in the town’s first public execution. Charles Coghlin, a young Irish Catholic, was sentenced to death for stabbing Richard Oliver, a Protestant, in a fight on the Eramosa Road in March 1847. Four decades later, the fate of local bookkeeper William Harvey also ended in execution for the charges of embezzlement and multiple murders. It is said the spirits of some offenders have been known to walk the grounds or peer out windows. Fortunately, it appears the spirits have learned their lesson and don’t step on the scales of justice anymore. 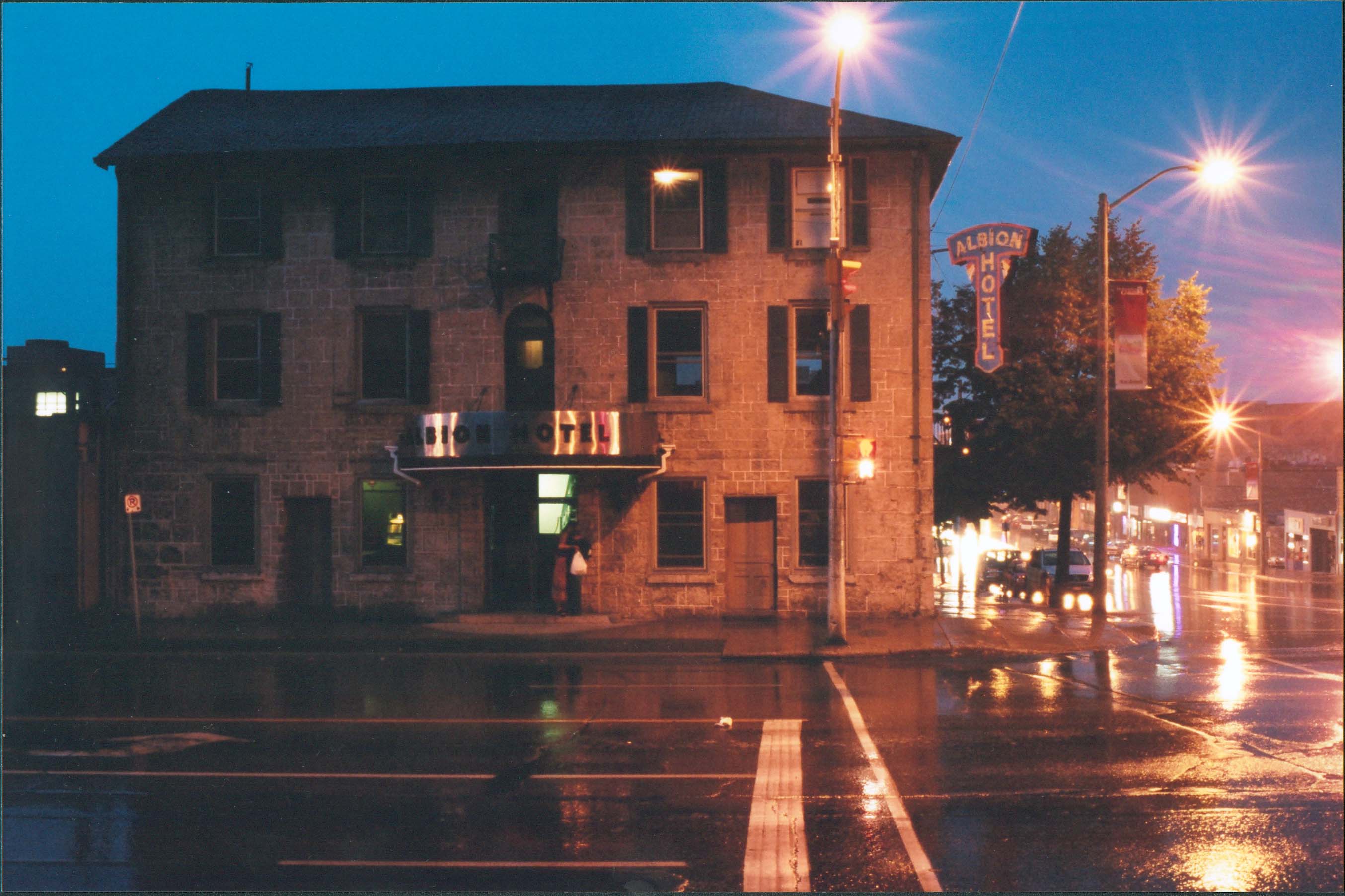 Perhaps the most infamous spirit is also the most charismatic, a woman with the power to seduce one of the most infamous gangsters of all time. Unfortunately, it seems the lady spirit, known affectionately as the “the lady in white” is waiting for his return. It’s the stuff of legends, but the story goes that Al Capone was known to frequent our city. He wasn’t the only gangster in town, but many believe the love affair between Capone and his mistress began and ended at the Albion Hotel. We’ll never know.

The Albion Hotel first opened to the public in 1856 as Stell’s Tavern, and by 1867 the stone structure of the present building was in place. A pair of tunnels led from the Albion’s basement to the grounds of what was known as “Catholic Hill,” and the lot that surrounds the Church of Our Lady Immaculate, as a means to smuggle beer to bootleggers bound for the United States.

After a bad break-up, the story goes that the lady in white hung herself in the room she rented on the top floor of the hotel. Her spirit is reputed to haunt the hotel still, and you’ll find many Guelph patrons who have convincing tales of seeing her ghost.

Check out the Albion Hotel. You’ll appreciate why some spirits never want to check out.

The Wellington County Museum and Archives:

Just minutes north of Guelph, the Wellington County Museum and Archives is a must-see destination for many reasons. The grand structure is a National Heritage Site, with a modern Archive facility, and a museum that features both permanent and travelling exhibitions year round. But it’s the building’s history that has the voices of the past murmuring ever after.

A building with a history of this nature is sure to rile up some tragic spirits. Employees and visitors have reported ghostly encounters, including seeing faces in windows, shadows in the hallways, and reports former patrons in former dormitory rooms.

Take a tour of this beautiful site and you’ll feel the presence of the past, and maybe even a little tingle up your spine. Either way, you’ll be glad you made the trip. 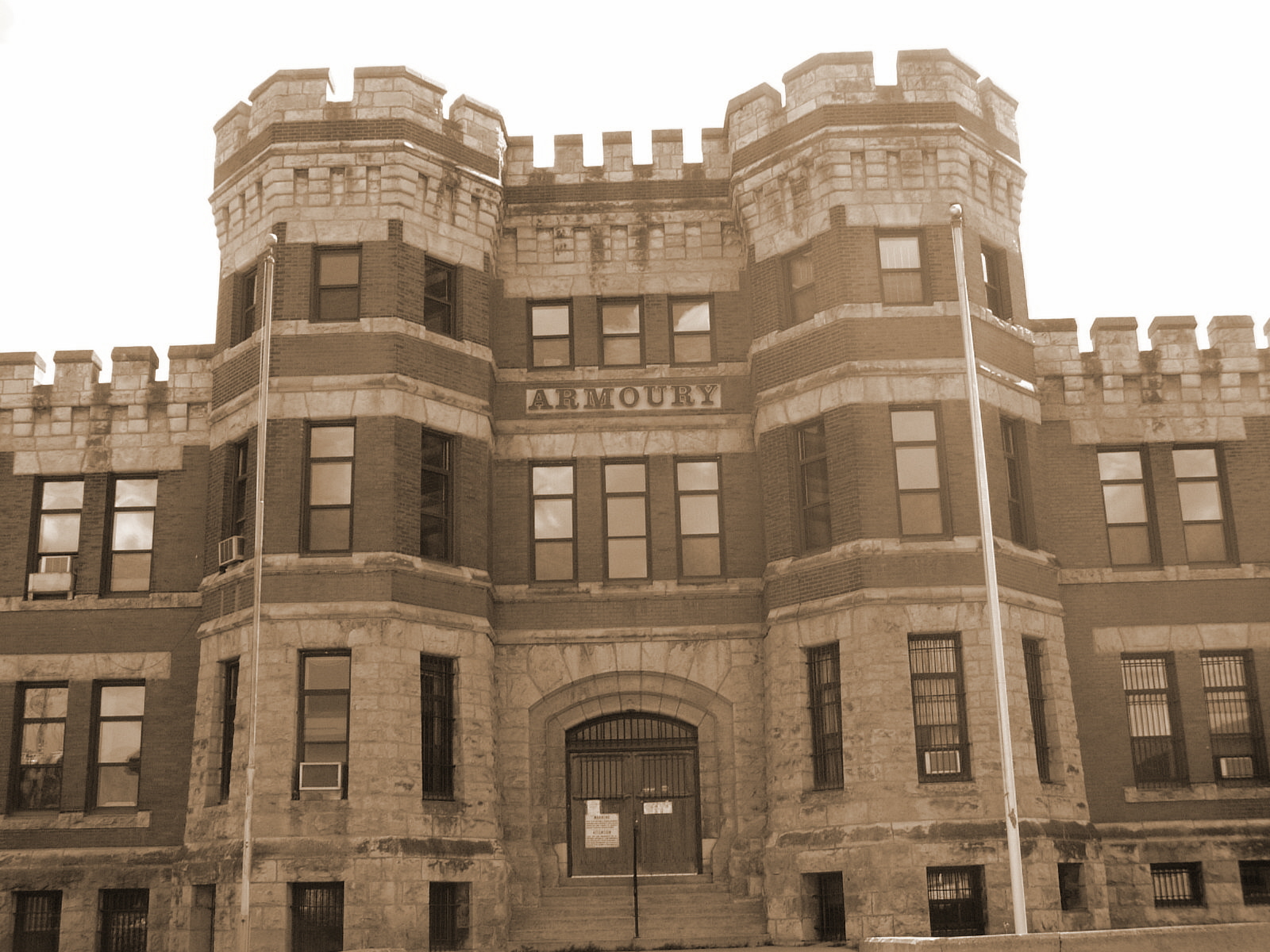 Guelph’s Armoury hosted thousands of troops for training during the First World War, and has ushered many more through since. Today it is a place of training for members of the Royal Canadian Artillery, 11th Field Regiment.

Ghost stories are legendary here. Tales of soldiers being awakened in the night by the sounds of marching feet, as if in drill practice, or the echo of whinnying horses, with the sound of hooves clacking on pavement. Many report a sense of being followed or watched throughout the building, and one ghost has reportedly been spotted on various floors, with all accounts describing the uniformed man as having a handlebar moustache. In the Armoury’s bar, there is a specific stool said to be reserved for a spirit, with a mug of beer placed in front. Nobody sits there. But it is said at the end of the night the stool will be warm, as if someone has just left the seat.

The Armoury, like the soldiers who have served there, is an important part of Guelph’s place in the history of our nation, so we’re okay with the ghosts wanting to stay. Heroes are welcome. 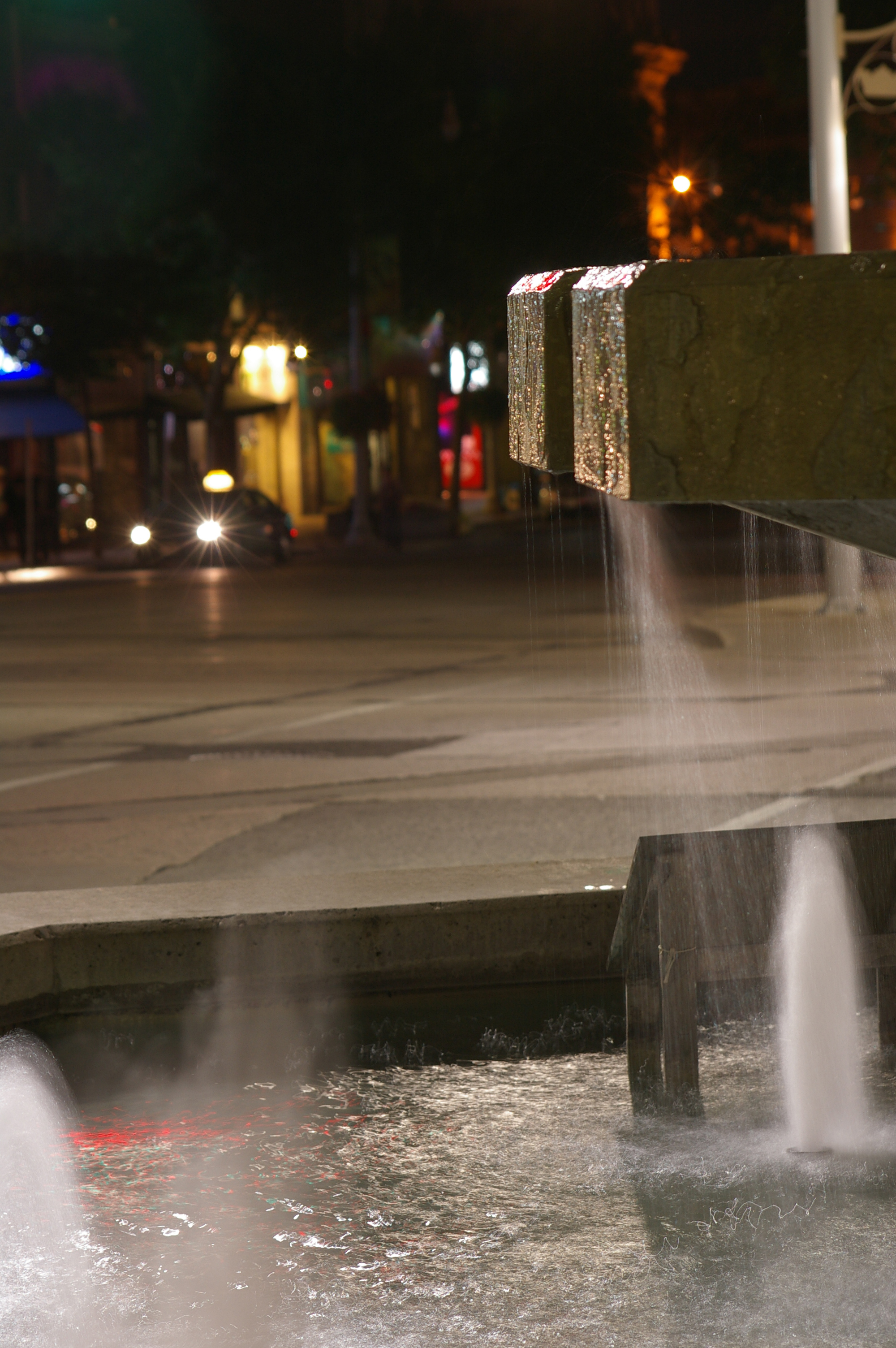 Our history is alive and well, even if the characters are not. Check out these sights on a Ghost Walk of Guelph tour or simply go wherever the spirits take you. We know Guelph will become your favourite haunt too.