See Guelph the way history designed it with our Steeplechase self-guided tour.  It’s a short trip around our downtown streets, with sights set on the beautiful heritage limestone churches that are the cornerstones of our city. Grab your camera (you’re going to want it) and get set to experience the city’s heritage the way John Galt and our founders built it up; one giant limestone block at a time. 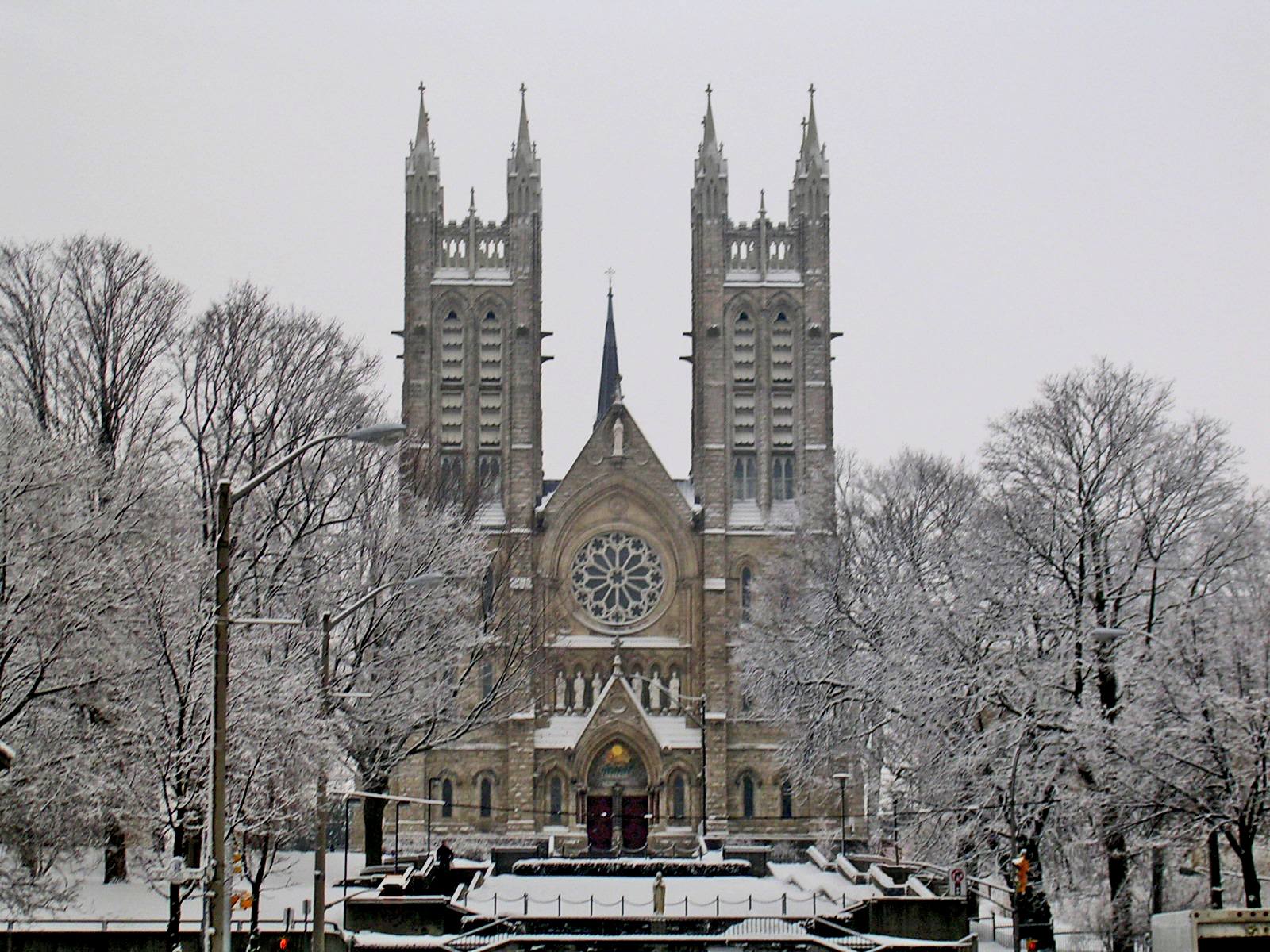 Towering over Guelph’s downtown core for more than 125 years is the ever-watchful beauty of the Basilica of Our Lady Immaculate. Designed by renowned architect Joseph Connelly, the impressive Catholic Church is a testament to Gothic Revival architecture and considered Connelly’s masterpiece. The proud stature proves it was no easy feat, as the construction of the church was the longest building project in Guelph’s history, beginning in 1877 and still growing until 1926. In 2014 the church was given the honourary title of Basilica by Pope Francis.

Nestled appropriately in the heart of a downtown neighbourhood, the small church now plays a big role in celebrating an important piece of Guelph and Wellington County’s Black history. The former Guelph British Methodist Episcopal Church has been revived into a vibrant cultural community centre through the dedication of the Guelph Black Heritage Society.

Originally built in 1880 by former fugitive slaves, the important site is testament to the courage of the men and women who fled the United States via the Underground Railroad to settle in our region.

In 2011, the church became home to the Guelph Black Heritage Society, ensuring the care and preservation of this historic structure, while creating a venue that celebrates and honours the legacy of those who built it.

Home to the oldest congregation in the city, this church is now celebrating its 188th year. This was the church of the McCrae family, including Guelph native Lieutenant Colonel John McCrae, author of “In Flanders Fields.” Today, his family pew is marked with a plaque to honour their legacy. Designed by William Hay, St. Andrews Presbyterian Church was constructed from 1857-1858. 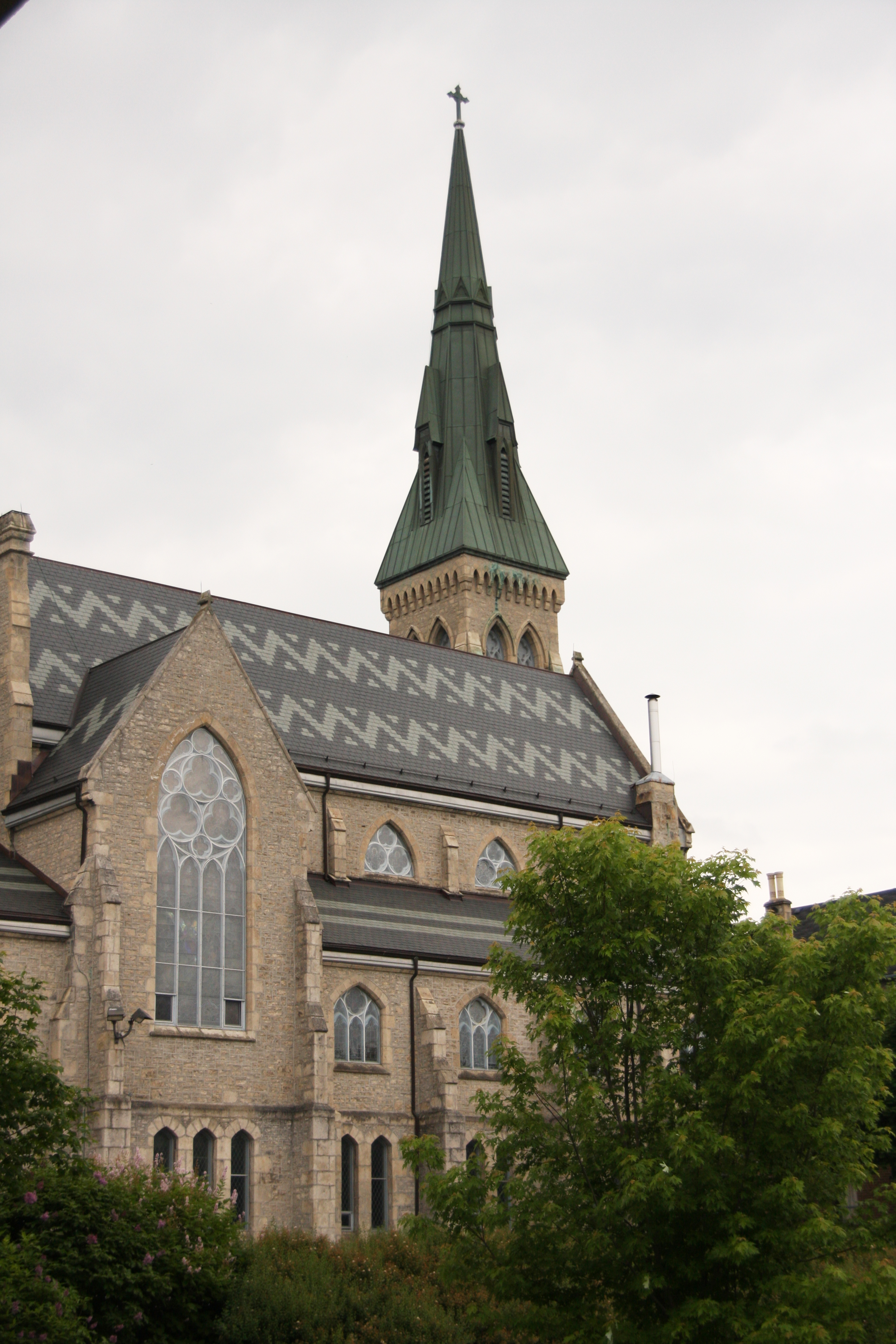 Built in 1873, St. George’s Anglican Church represents High Victorian Gothic design, credited to Henry Langley, one of Ontario’s most prolific architects of the 19th Century. The present site along the river was home to the third structure built for the Anglican Church in the region. As the congregation and the city grew, the others were demolished and the Woolwich Street location has been a permanent home. Many people are equally inspired by the displays of traditional stain glass windows. It’s a beautiful place to enjoy the view.

In the heart of downtown Guelph, the former Chalmers Church has a proud heritage.  A block east of the Knox Presbyterian Church, their connection dates back to the late 1860’s, when a disgruntled membership of the Knox congregation, upset over the divide in the church union, hired Toronto architect Henry Langley to construct the Chalmers Presbyterian Church.  The site was completed by 1871. The congregation joined the United Church of Canada in 1925. It would change denominations in 2005, as home to the Royal City Church, part of the Evangelical Missionary Church of Canada. 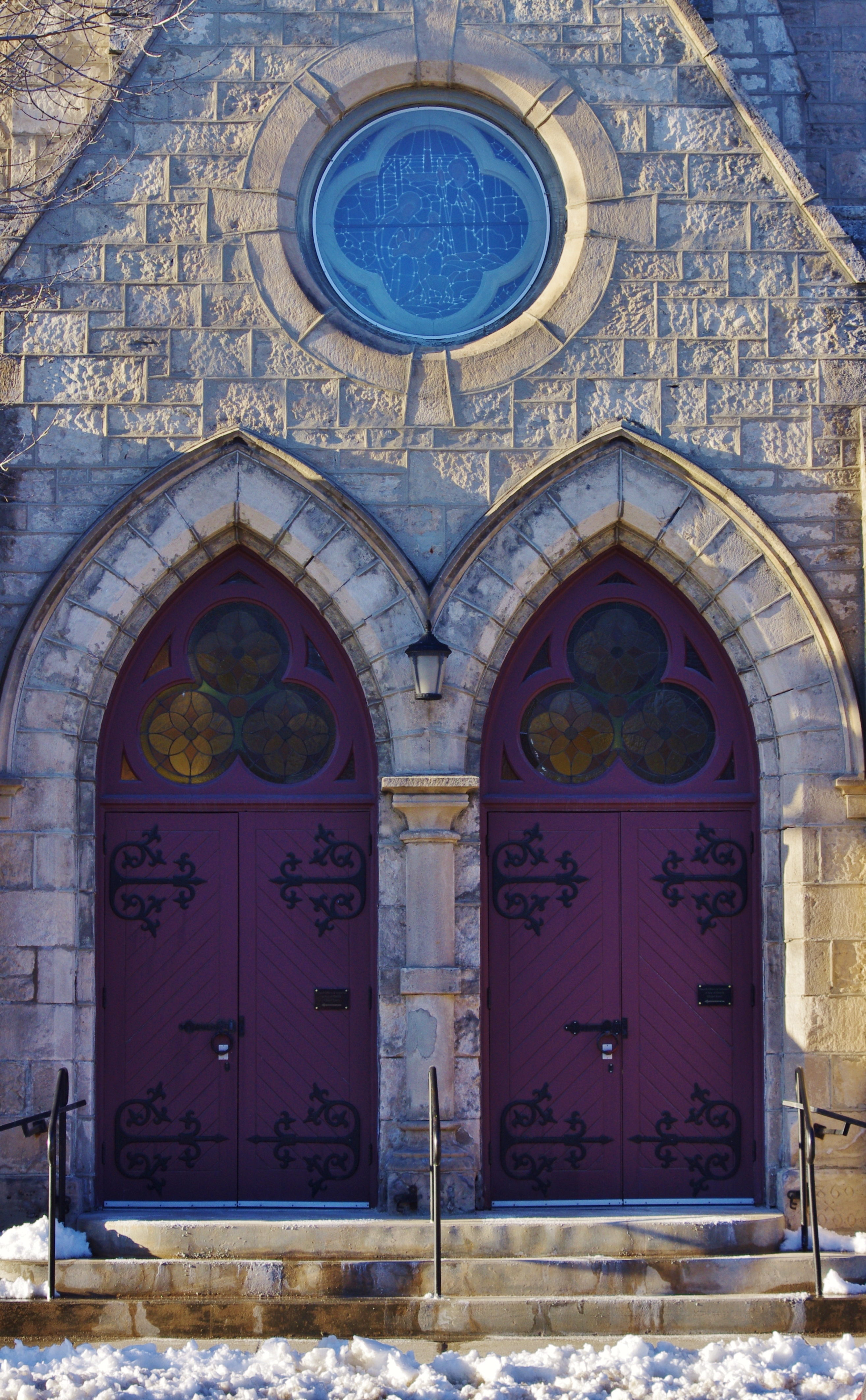 Dating back to 1844, the congregation of Presbyterian followers of the Church of Scotland has a strong and faithful following in Guelph. But not long after “The Disruption” in the church community, the present-day Knox Presbyterian Church settled on the corners of Quebec Street and Baker Street, as a gathering place for the Free Kirk Presbyterians. The church was constructed in 1868, designed by prolific church architect James Avon Smith, of Toronto.

The oldest church in the city of Guelph dates back to 1855. The present day Guelph Lakeside Downtown remains the oldest continuous house of workshop in the city. It began as the Wesleyan Methodist Church. The limestone structure was designed by architect John Hall Jr., as an example of Romanesque Revival architecture, and considered the largest church of its kind in Southwestern Ontario at the time of construction. Prime Minister Lester Pearson’s father, Rev. Edwin Pearson was a Methodist minister here between 1917-1921. It would later become Norfolk United Church before its purchase in 2013 by Lakeside Church to be a community outreach facility with programs like Lakeside HOPE (Helping Overcome Poverty Everywhere).